Why Lille is my kids' new favourite destination

After an extraordinarily exhausting week, last weekend we decided to do a weekend outside Brussels. I booked a hotel last minute -literally on Friday, after we decided that Lille would be our next destination. We wanted to go somewhere not too far, but we wanted to go some place we've never been before. Since we recently took the kids to Rotterdam's Oceanium and Amsterdam's zoo, we decided to drive the opposite side this time: France. 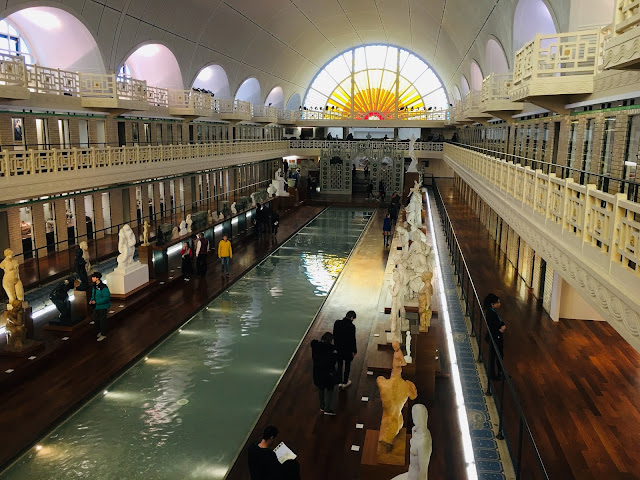 Lille is only 130 km away from Brussels, and we needed exactly an hour and a half. We got there around 11 o'clock on Saturday, and guess what our first destination was! Surprise, surprise: the Lille zoo. Yes, we take the kids to the zoo every time we visit a new place, because it's their ultimate favorite place to visit, albeit my husband's reluctance of the idea of zoos for ethical reasons. Lille zoo though, unlike many European zoos, is very small and cute. The entrance is very cheap, the parking is convenient and the size is very walk-able for toddlers (unlike most European zoos). The mini zoo only has small animals, except for the rhinoceroses. It's straight to the point, not confusing, and doable in two hours or less. My kids' favorite part was the bird park, which is basically a giant area that you enter and have encounter with free colorful birds. 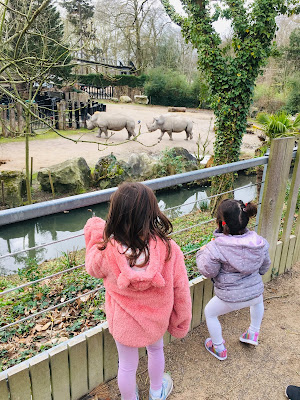 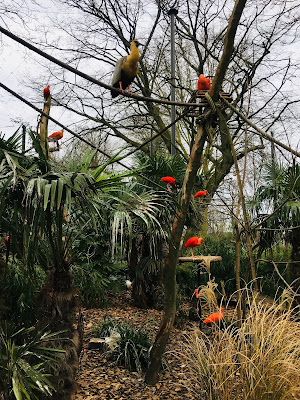 As we exit the zoo around 2pm, we stopped by the Cita-parc that is located exactly in front of the zoo. It's an amusement park with exciting concept. There is no entrance fee, unlike most parks, it's a public park with great rides. You pay as you go, €2 per person per ride. We took the ladybug flight (similar to Dumbo flight at Disneyland), and the kids took the safari ride. If you don't feel like paying, there are free playground with different slides for kids of all age. 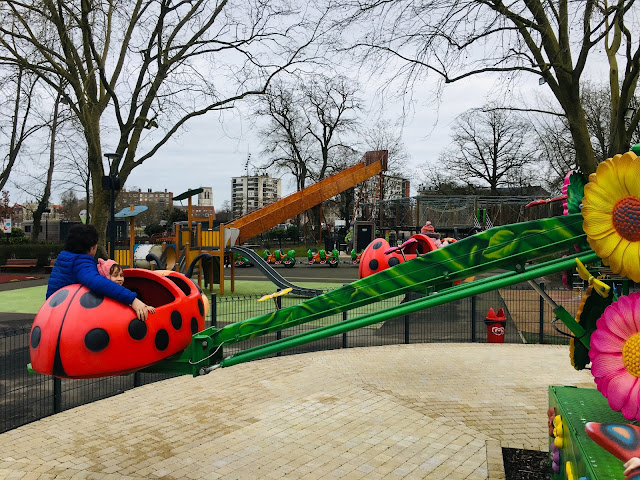 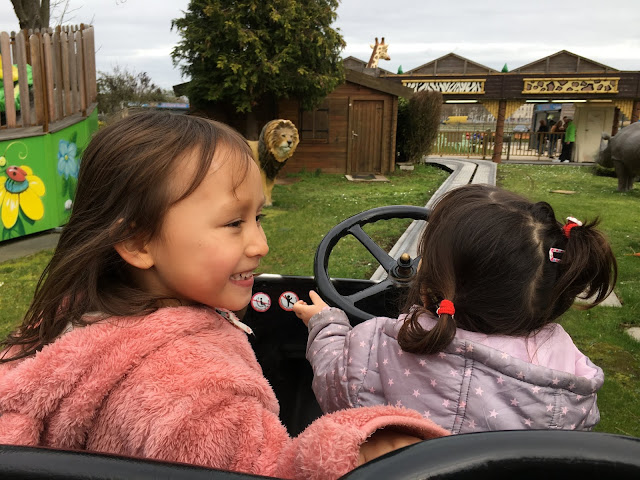 Then of course, the kids quickly got hungry. We walked towards the parked car and saw a floating restaurant on the river. It was a cozy restaurant with only a glass wall separating the dining room from the river. We got a table without reservation, with direct view to the ducks on the water. You know you're in France when the kids menu includes rocket salad, home made wedges potatoes instead of fries and battered real chicken meat instead of nuggets. We had great meal, and soon headed to the hotel. 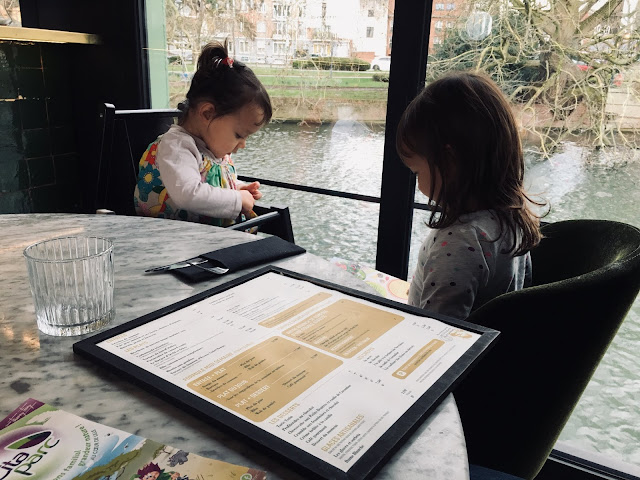 We stayed in Novotel recently in Rotterdam, and we liked it because it was child friendly, so I booked a room in a Novotel in Lille. This one was a total fun place for the family. We spent the whole evening playing the table football, while the kids played with the blocks and an interactive game table for toddler. There is a whole corner of family game and books for kids, too. We took evening walk to the beautiful Grand Place that was completely lit in the night, bought some postcards we later sent as usual.

We slept in on Sunday, and enjoyed slow breakfast at the hotel. We strolled to the city afterward, hoping to visit the Furet du Nord, forgetting that it was Sunday in France and it was only logical that the shop was closed. Furet du Nord is basically a big book store, located in the historical (rabbit) fur shop, that was turned into a book shop in the 1930s. It has the biggest children literature department in the whole France, so we were quite disappointed that we didn't remember to visit the previous day.

To reduce the disappointment, we headed to the most famous 250 year-old sweet shop and bakery: Maison Meert. It's most famous for the vanilla waffles, which are unlike the Belgian waffles, are very thin. The aromatic Madagascar vanilla cream is sandwiched between two soft thin waffles, and my kids said they were the best waffles they've ever tasted. 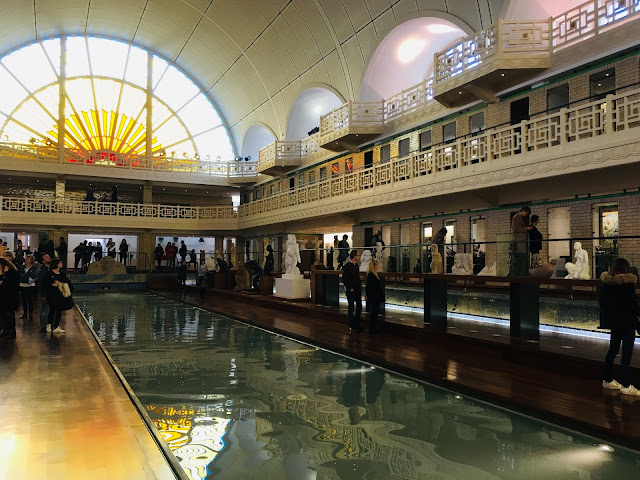 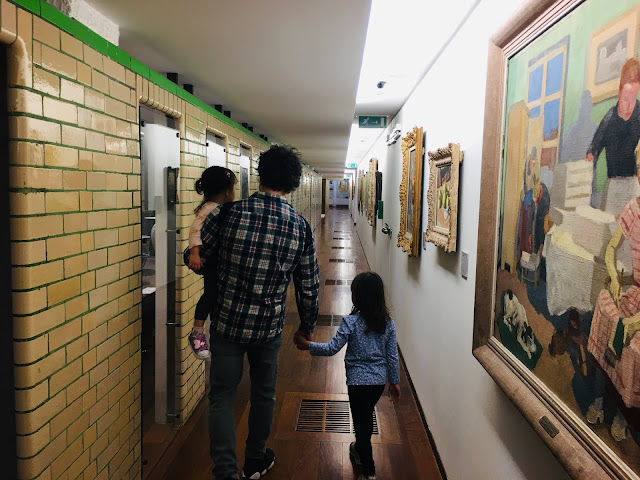 At the end of our Lille weekend, we headed to the museum my husband was most looking forward to: La Piscine in Roubaix. It's a magnificent museum of art and industry that was made in an old art deco public pool building. The building is original with a modern addition in the front part, the pool is still there although smaller than it originally was, and the shower rooms and changing cabins now hold the most magnificent collections from Picasso, Miro, and other artists. Our toddler asked if she can jump into the pool, so if you come with small kids, beware they don't just decided to jump in. If you're lucky to come in a sunny day, the sunshine that come into the pool through the glass wall looks magical. Go to the second and third floor to enjoy the view to the pool and sculptures surrounding the pool. La Piscine could easily be reached by Metro from Lille, or it's 10 minutes drive by car.

The museum was a perfect end to our Lille weekend. It was late afternoon when we headed back to Brussels, tired and happy, having discovered one more kids friendly destination we love.

5 Day trips with kids from Brussels (part one)

One of the things we were most looking forward to when moving to Brussels was the fact that it's a really good base city for many day-tr... 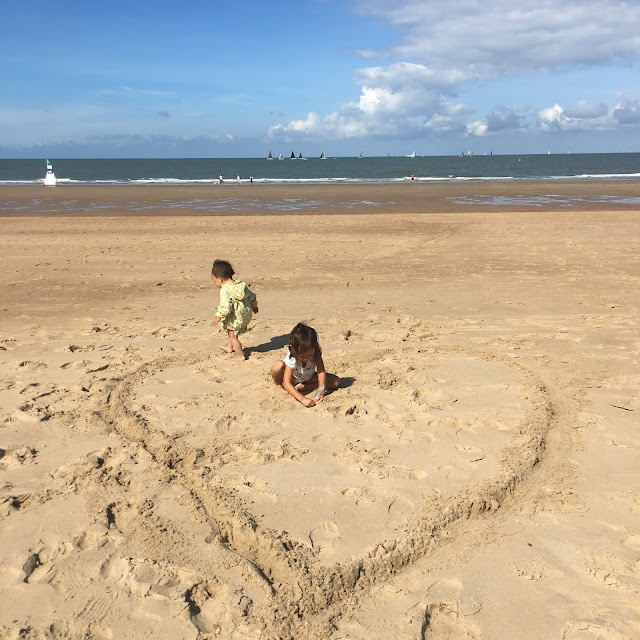 I'm a mom of two beautiful little girls aged 5 and 3. I work full-time as a meetings coordinator and I'm doing a PhD research part-time. I'm an Indonesian born married to a Croat whom I met in France over ten years ago. Currently we live in Belgium. When not working, we travel. Now we bring our little ones along in our adventures and it had gotten more and more fun since. When we're at home, I really enjoy cooking.